Choose your means of transport

MagicLand is fast to reach! Choose our train and reduce the distance! From Valmontone railway station. 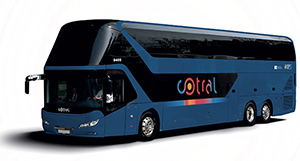 Consult the times and days when the service is available: Bus Timetables

BUS + ADMISSION TO THE PARK

Click on the departure location and choose our Official Partner to take you to MagicLand.
These agencies offer the full Bus + Admission to the Park package.